Below are the results of our Beer & Cider Masters – Asia. 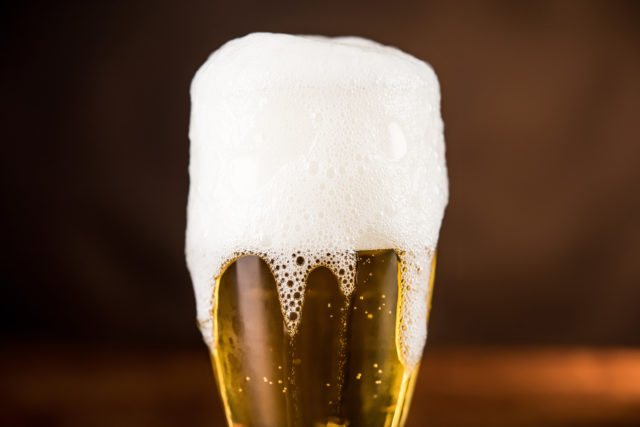 An impressive lineup of judges convened for the Global Cabernet Sauvignon Masters to put 200 wines through their paces in June. Having recently cemented its title as king of the grapes with the news that it has overtaken Spanish white variety Airén as the world’s most widely planted grape, no serious wine competition would be complete that didn’t put Cabernet Sauvignon under the microscope. According to a recent study form the University of Adelaide, since 1990, Cabernet Sauvignon has more than doubled its share of hectares under vine, though many may argue its heartland remains on Bordeaux’s Left Bank, where some of the world’s most highly prized wines are crafted from the grape, which is used to form the backbone of Bordeaux blends. However, this thick-skinned variety can thrive in an array of terroirs around the world, and can be found flourishing everywhere from Coonawarra and Margaret River in Australia to the Napa Valley in California and Chile’s Maipo Valley.

The 17th century lovechild of Cabernet Franc and Sauvignon Blanc, Cabernet Sauvignon is appreciated by grape growers for its naturally low-yielding, late-ripening nature and ability to add structure, colour and power to blends. In addition, the grape’s naturally high acidity and tannic structure mean wines made from Cabernet can be built to last. Given that it is planted in a plethora of pockets around the world, there is no cookie-cutter signature style for Cabernet, though many boast notes of blackcurrant, mint, eucalyptus, bell pepper and cedar, with cherry and olive notes present in cooler-climate Cabernets, and warmer Cabs often veering towards the jammier end of the flavour spectrum.

Building on from the success of both the Chardonnay Masters and the Pinot Noir Masters, around 200 wines from nine countries were submitted to our inaugural Cabernet Sauvignon Masters, with judging taking place on 8 May at Elysée restaurant in central London. Served blind and assessed without prejudice about their country of origin, the wines were arranged according to their price band as well as style, from low price to high, and unoaked to oaked, in order to make the competition as fair as possible. Judged by a stellar panel of Masters of Wine, including Sebastian Payne MW of The Wine Society, Demetri Walters MW of Berry Bros & Rudd and Justin Knock MW of Encirc, the wines were scored out of 100, with those gaining more than 95 points being awarded the top title of Master. Those earning more than 90 points were given a gold, those more than 85 points a silver, and those more than 80 points a bronze.

The majority of entries for our Cabernet Sauvignon Masters came from the New World, with just one wine from Bordeaux taking part in the competition. While two-thirds of the wines were single-varietal Cabernet, the remainder were blends crafted from at least 75% Cabernet Sauvignon. During the tasting, the judges looked for balance, fine tannic structure, a bright fruit profile and a complex character, as well as a long finish.

So how did the wines fare? Of the 200 wines that entered, 141 were medal-winners, with 83 walking away with a bronze, 41 awarded silver, 14 impressing enough for a gold and just three scooping the top accolade of a Master medal. “Cabernet is one of the great grapes of the world and you can see why it’s planted everywhere as it delivers on many different levels. We haven’t had too many howlers, thankfully,” quipped Payne. “Caberent Sauvignon proved that it is able to deliver value for money. Producers across the world are stepping up their game and the hit rate in the competition was very good,” added Hugo Rose MW of the Wine Investment Association.

In terms of individual countries, judges praised Chile for its ability to deliver reliable and consistently high-quality Cabernet at an affordable price point. “You can find fantastic value in Chile, which has a lot to recommend it,” said Payne. “The consistency of the Chilean Cabs was a big surprise for me – the wines offered dark fruit and a creamy texture,” commented Vanessa Cinti, head sommelier of Wolfgang Puck’s debut London restaurant Cut at 45 Park Lane.

While the US put in a consistent performance, it was Australia, and most notably Coonawarra, that got our judges’ pulses racing, with the inherent elegance of the wines from the Southern Australian region setting them apart. Australia also led the way in the gold medal tally, scooping five golds and a Master for Katnook Founder’s Block Cabernet Sauvignon 2010. “Both Australia and Argentina are doing a very good job with Cabernet Sauvignon and are offering decent-quality examples for under £10. You can see the evolution the countries have undergone in recent years. The Australian wines were lovely and fresh with herbal and menthol notes,” said Cinti.

Hot on Australia’s heels was Chile, which won four golds, followed by Argentina, which scooped two golds and a Master for Pascual Toso Reserve Cabernet Sauvignon 2009, with Spain picking up the third and final Master for Torres’ Mas La Plana 2010, which has been made from a 29-hectare vineyard in the northern Spanish region of Penedès since 1970. South Africa delivered a solid performance, earning two gold and three silver medals, while, somewhat surprisingly given its strong links to Cabernet, the US picked up only one gold medal for Jackson Family Wines Stonestreet Monument Ridge Cabernet Sauvignon 2010.

A debate arose around oak, with a number of judges lamenting the inability on the part of many producers to handle it properly. “While Cabernet has a natural affinity for oak, a lot of the wines were smothered and it wasn’t used judiciously, meaning the oak owned the wine rather than the other way around,” commented Berry Bros & Rudd’s Walters. Payne of The Wine Society concurred. “At the end of the day, you want to be able to drink the whole bottle, not just one glass, and some of the wines messed around with the oak a little too much and the alcohol levels were too high, but there is a market for those styles of wine,” he said. As to whether Cabernet performs better in a blend or as a solo act, the judges were unanimous on the former. “I’m not certain that Cabernet Sauvignon delivers varietal character under £10. What you tend to get is a lot of structure without the fruit balance. A few of the under-£10 wines worked, but the tannin often smothered the fruit. The blends were more rounded and balanced with better palate weight and structure than the single varietals,” said Walters, to which Payne added: “As a single varietal, Cabernet Sauvignon rarely hits the high spots – it works better in blends. As a grape it does fantastically commercially and is hugely successful; the trick is to keep the freshness locked in.” Cinti, meanwhile, was more forgiving of the single varietals. “Some of them worked well – I think there is a space for them in the market. When made well, Cabernet can more than hold its own as a single-varietal wine,” she said.

We use cookies on this site to store information on your device. If you continue to use this site, you consent to our use of cookies. Click here to find out more about 'cookies'.